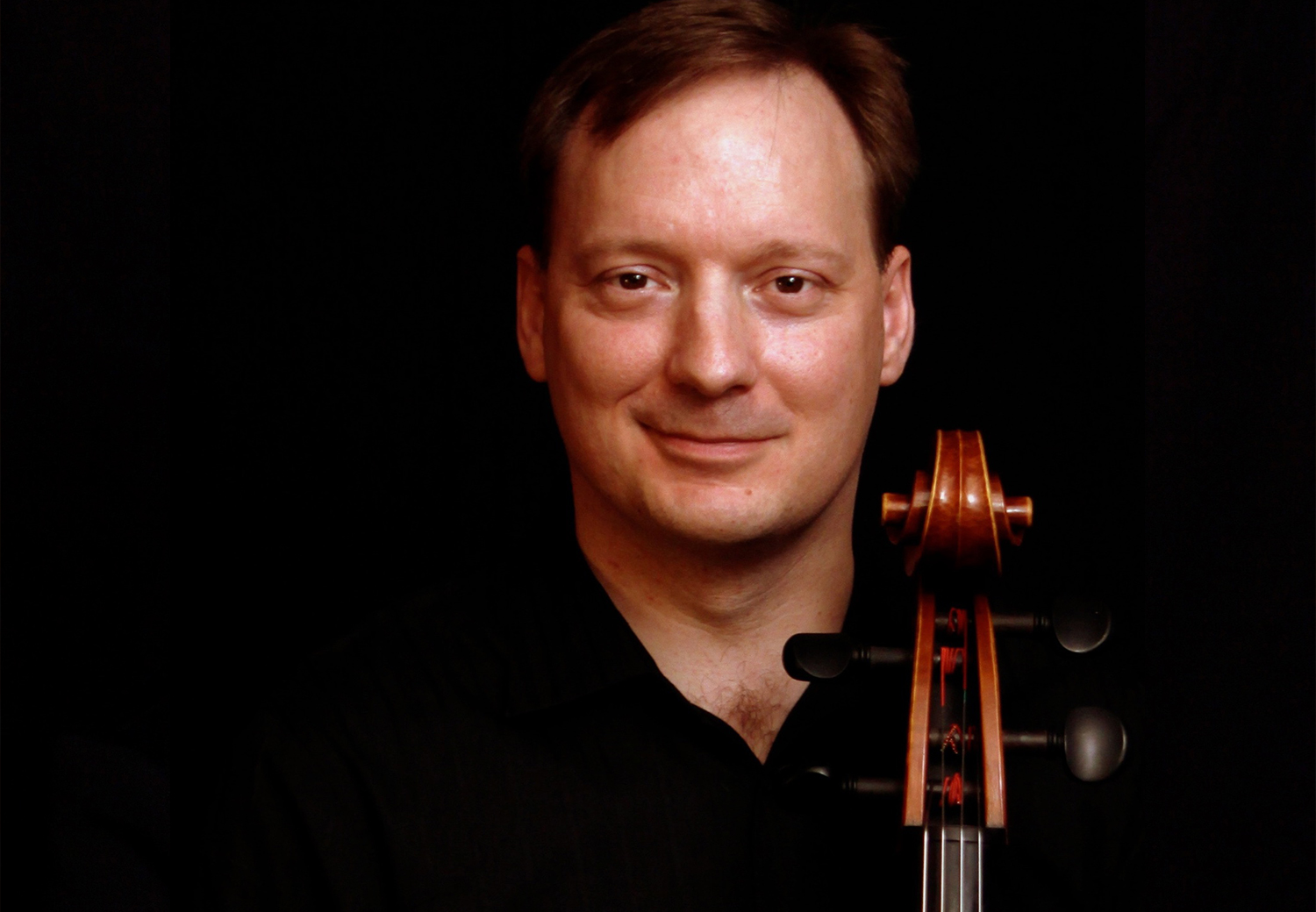 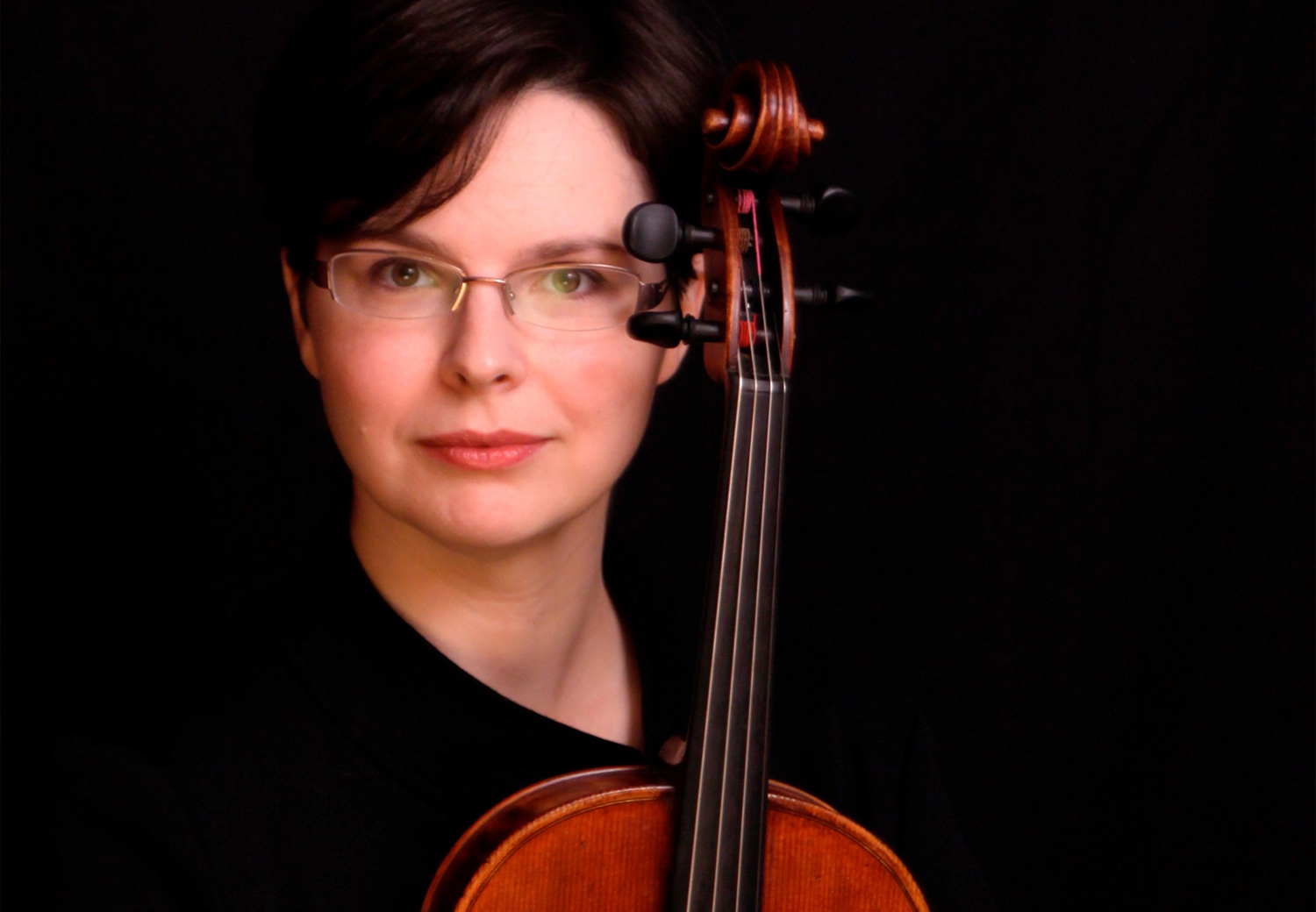 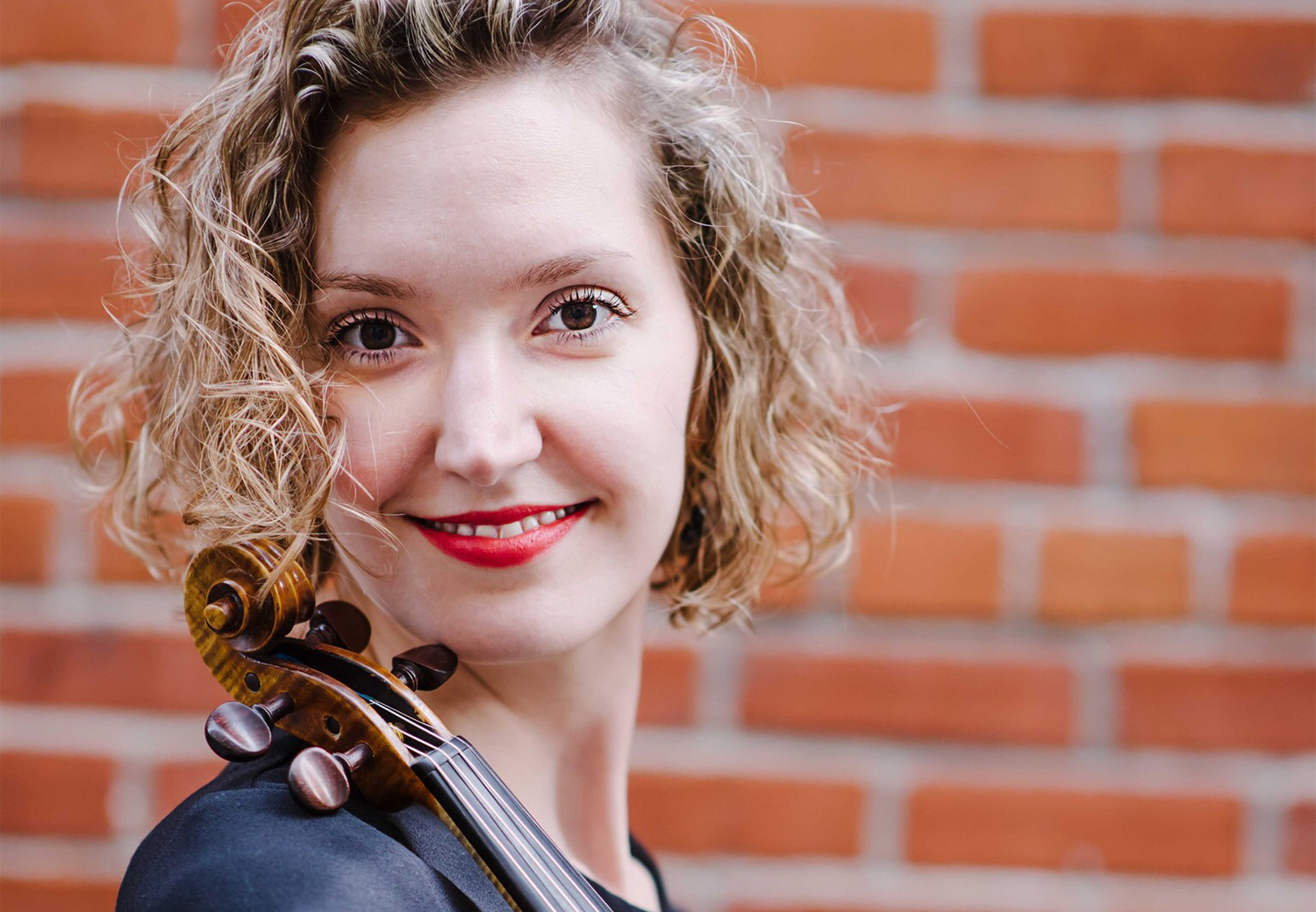 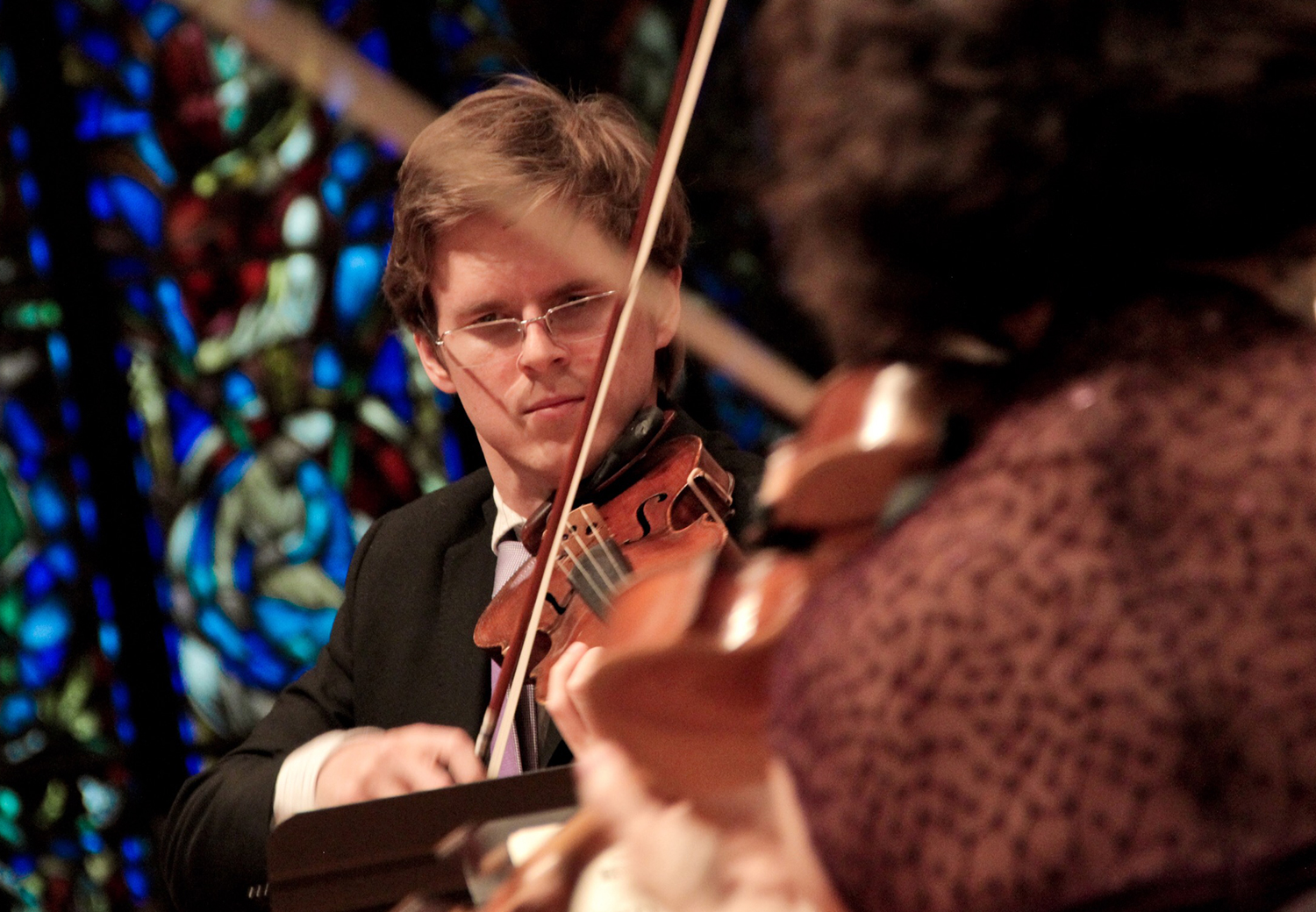 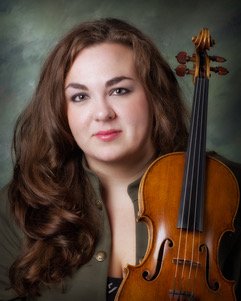 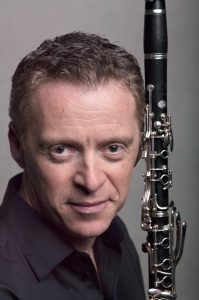 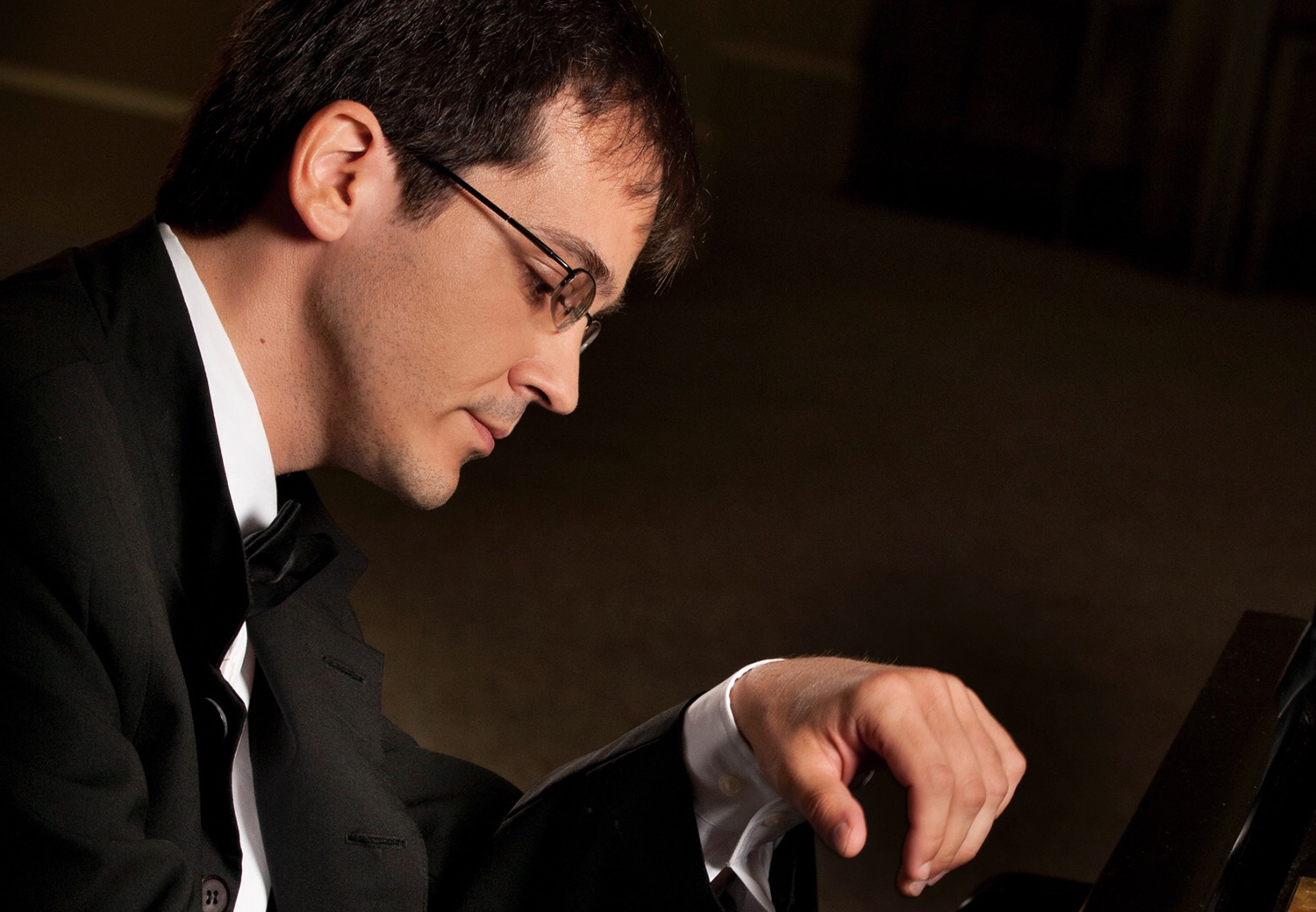 Mr. Freudigman began playing the violin at age six and found his true love, the cello, at the age of nine. After six years of study, he was accepted to attend the prestigious Interlochen Center for the Arts. Upon graduating with honors in music performance, he went on to receive a Bachelor of Music from the Eastman School of Music. He began his orchestral and chamber music career while at Eastman, winning a position with the Rochester Philharmonic and was also a founding member of the Esterhazy Chamber Ensemble. In 1992, Mr. Freudigman joined the New World Symphony, an advanced training orchestra for recent graduates of music schools, under the direction of Michael Tilson Thomas. He has also performed with the Grand Rapids, Charleston, and Virginia Symphony Orchestras, as well as the Sarasota Opera and the Mexico City Philharmonic. Mr. Freudigman was also a founding member of the American Sinfonietta.

His orchestra and chamber music engagements have taken him to the major concert halls of Europe, the Middle East, and throughout South and North America. Mr. Freudigman has performed chamber music with members of the Amadeus and Cleveland Quartets and with the pianist Jean-Yves Thibaudet. He has been a featured soloist with the World Youth and New World Symphony Orchestras, the San Antonio Symphony and the Mexico City Philharmonic, where he was engaged to perform Shostakovich’s First Cello Concerto. Mr. Freudigman can be heard in recordings on the Argo and Summit record labels, featured with Renee Fleming and the New World Symphony Orchestra performing Bachianas Brasileiras by Heitor Villa-Lobos on BMG Classics, and on Camerata San Antonio’sGrammy-nominated premiere CD on Bridge Records, Salon Buenos Aires: Music of Miguel Del Aguila.

Emily Watkins Freudigman is the Co-Founder of Camerata San Antonio. Emily holds degrees in viola performance from Southern Methodist University, the Peabody Conservatory, and the University of Michigan and has been a Fellow at the Tanglewood Music Center and the Aspen Music Festival and School. She has studied chamber music with members of the Juilliard, Muir, Concord and Tokyo String Quartets, and she has performed with the Grand Rapids, Maryland, Fort Worth and Boston Symphony Orchestras. She maintains an active viola studio in San Antonio – her students perform in the Texas All-State orchestras, attend prestigious summer music camps, including the Eastern and Killington Music Festivals and Interlochen Center for the Arts and have gone on to study at the Cleveland Institute of Music and Peabody Conservatory of Music. Emily served as Assistant Principal Viola of the San Antonio Symphony Orchestra from 2002 to 2019.

Praised for her “voluptuous tonal hues” and “nuanced phrasing” by the South Florida Classical review, Anastasia Parker joined the San Antonio Symphony in the fall of 2011 and served as acting Assistant Concertmaster for the 2017-2018 season. Currently on sabbatical with the symphony and living in Colorado Springs, CO, Anastasia travels back to San Antonio for concerts with her beloved Camerata San Antonio String Quartet. In San Antonio she has enjoyed performing with the Alamo Baroque Festival as well as coaching students in the CASA String Quartet Seminar, the Youth Orchestras of San Antonio and various public school classrooms. Prior to her appointment with the symphony, she was a fellow at the New World Symphony in Miami Beach, FL.

Anastasia has recorded and toured with the Pittsburgh Symphony, taking her across Europe and Asia. She was a member of the tango ensemble, Tangueros De Ley, which allowed her to follow her passion for tango to Argentina in 2009. Over the years Anastasia has been humbled to share the stage with celebrities including Stevie Wonder, Weird Al Yankovic, Kenny G, Bill Conti, Marvin Hamlisch, Mannheim Steamroller, Placido Domingo, Renee Fleming, Yo-Yo Ma, Emmanuel Ax, Menahem Pressler, Bernadette Peters, Audra McDonald, and Stewart Copeland.

Anastasia holds a Bachelor of Science degree in Music Education and Performance from Duquesne University, where she studied violin with Rachel and Charles Stegeman, and a Master of Music degree in Violin Performance from Carnegie Mellon University, under the tutelage of Andrés Cárdenes. Aside from music, Anastasia has an affinity for horses and dressage.  She and her husband, Jaime, enjoy rescuing and fostering felines with the approval of their three cats, Charlie, Barney and Funnel Cake.

Originally from Long Island, New York, Laura Scalzo’s love of the violin was sparked by the great violinist, Itzhak Perlman, when she heard him play on “Sesame Street.” She began lessons at the age of 4 and has been playing ever since. She holds degrees from Temple University (BA) and the University of Delaware (MM). Her primary teachers have included William dePasquale, Xiang Gao, and Ellen dePasquale.

Ms. Scalzo joined the first violin section of the San Antonio Symphony in 2011. Ms. Scalzo is also the Assistant Concertmaster of the Mid-Texas Symphony. Before moving to San Antonio, she was a tenured member of the Delaware and Allentown Symphonies.

As a passionate chamber music lover, Ms. Scalzo has performed with various ensembles in San Antonio, New York, Pennsylvania, and Delaware. She is currently a member of the Mid-Texas Chamber Players.

In addition to performing, Ms. Scalzo is an enthusiastic teacher and has maintained a private studio of all levels since 2000. At the University of Delaware, she was Xiang Gao’s teaching assistant and taught the undergraduate non-music majors. She was a professor of violin at Texas Lutheran University from 2013-2015.

Ms. Scalzo has many interests outside of music. In 2020 she launched a blog, www.rootsinthecitytx.com, where she shares her adventures in vegetable and native plant gardening. She is an avid animal lover and amateur chef. She can often be found at home in the kitchen cooking for family and friends, or when not working, attempting to entertain the cats.

Laura appears on our March program. 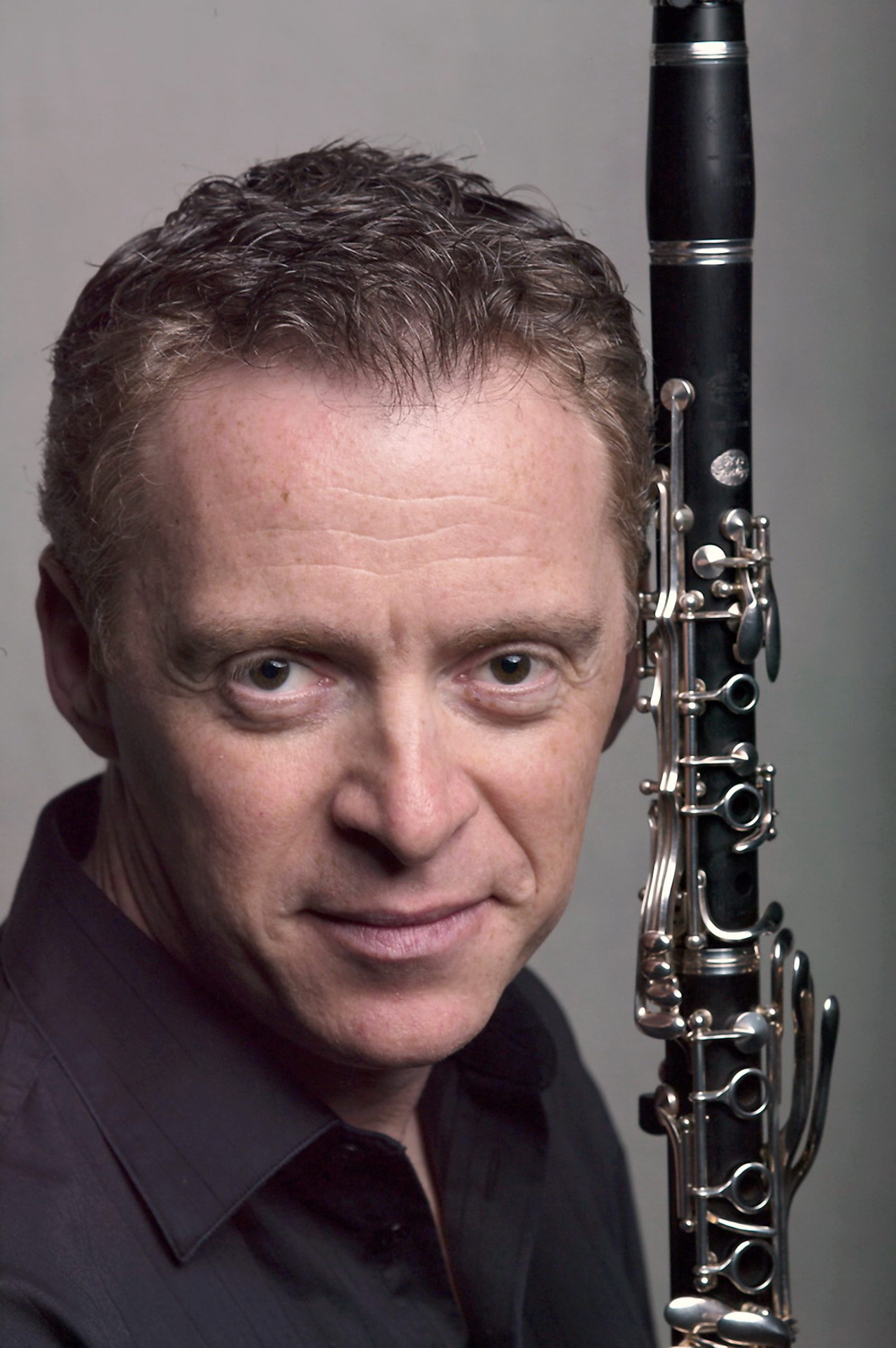 Principal clarinetist of the San Antonio Symphony and Principal clarinetist of the ProMusica Chamber Orchestra (Columbus, OH), Ilya Shterenberg balances a busy career as an orchestral musician, chamber music performer, and a soloist. Hailed by the press: “He possesses that miraculous gift of an innate musical sense…music seemed to flow toward the infinite, as if divinely ordained”, he has been featured as a soloist performing standard works by Mozart, Weber, Rossini, Debussy, as well as rarely heard clarinet concertos by Krommer and Kurpinsky, as well as the American premiere of Richard Strauss’s Serenade for Clarinet and Chamber Orchestra.

He has been featured as Principal clarinetist with Cincinnati and Seattle Symphonies, and has collaborated with some of the most notable conductors of our time, including Roger Norrington, Seiji Ozawa, Dennis Russell Davies, Herbert Blomstedt, Daniel Barenboim, George Solti, Pierre Boulez and others.

Away from the orchestras, Ilya is very active as chamber musician, festival performer, and educator. He is a member of Olmos Ensemble, a chamber group made up of principal woodwind players from the San Antonio Symphony. His summer appearances have included the Colorado Music Festival and Britt Festival, as well as the Piccolo Spoleto Festival – USA. As an educator, he has been a faculty member of the College of Charleston, the University of Texas San Antonio, and UT Austin.

A native of Ukraine, Ilya began his music education at the Kosenko Music College, in Zhitomir, city of his birth. After his immigration to the United States in 1989, he received an Artist Certificate diploma from the Meadows School of the Arts, Southern Methodist University, after which he did further study at DePaul University in Chicago. His principal teachers have included Larry Combs, Stephen Girko, and Charles Neidich.

Mr. Shterenberg’s performances have been heard on National Public Radio stations throughout the country as well as Chicago’s WFMT nationwide classical music network. He performs frequently as a recitalist and chamber music artist with Cactus Pear Music Festival and the North Shore Chamber Music Festival.

Ilya appears on our February program.

Winner of the 2012 New Orleans International Piano Competition, Viktor Valkov has been hailed as a “lion of the keyboard” and “sensational” (Wiesbadener Kurier). A winner of Astral’s 2015 National Auditions, he recently gave a critically acclaimed recital in London’s Wigmore Hall, and appeared as soloist with the Louisiana Philharmonic Orchestra, Baton Rouge Symphony Orchestra, West Virginia Symphony Orchestra, and the Acadiana Symphony Orchestra.

Mr. Valkov has appeared frequently as a recitalist in the U.S., China, Japan, England, Norway, Germany, Italy, Greece, Bulgaria, and Macedonia. A Japanese tour took him to Tokyo, Toyama, Yokohama, and Okinawa. He has performed with most of the major orchestras in his native Bulgaria, and at most of the country’s important music festivals. He debuted with the Sofia Philharmonic Orchestra, and performed Dimitar Nenov’s Grande Piano Concerto with New Symphony Orchestra under Rossen Milanov, becoming the fifth pianist to perform the concerto, and the only one to do so in its entirety. Mr. Valkov has made a number of recordings for the Bulgarian National Radio archive and has recorded for Bulgarian National Television and Macedonian Radio and Television.

Mr. Valkov’s concerts reflect a vast interest in chamber music as well as lesser-known piano repertoire. He frequently performs with Bulgarian cellist Lachezar Kostov. Both deeply interested in broadening the repertoire for cello/piano duo, they often include such composers as Kabalevsky, Roslavetz, Schnittke, and Saint-Saëns in their programs. In 2009, the Kostov-Valkov Duo gave its Carnegie Hall debut in Zankel Hall, and in 2011 won the Liszt-Garisson International Competition, where they were also awarded the Liszt Prize and special prizes in the collaborative artists category. In 2008, they recorded the entire opus for cello and piano by Nikolay Roslavets, released by Naxos in 2011. Their second CD, Transcriptions and Paraphrases, was released in 2015 and featured their own arrangements of Liszt’s Hungarian Rhapsodies Nos. 1 and 2, and the Evocation à la Chapelle Sixtine.

As a soloist, some of Mr. Valkov’s recent projects include Beethoven’s Hammerklavier sonata and Busoni’s Fantasia Contrappuntistica. He has presented a program highlighting composers of the 1600’s, including Froberger, Couperin, Frescobaldi, and Buxtehude, and selections from The Fitzwilliam Virginal Book. His first solo CD was a Naxos release of the complete piano music of Dimitar Nenov. Viktor Valkov is an Assistant Professor of Piano at the University of Utah.

Matthew Zerweck (matthewzerweck.com) began his music studies at age 5, after
watching Itzhak Perlman perform on the children’s television show, “Sesame Street.”
After studying with several esteemed artist teachers, he entered the Eastman School of
Music. He earned degrees from the Eastman School of Music (BM, MM), where he served as teaching assistant to the world renowned violinist and teacher, Charles Castleman.

An active performer, Matthew leads the San Antonio Sinfonietta as concertmaster andsoloist. He’s also performed major concertos with the UIW Orchestra and YouthOrchestras of San Antonio. In 2015, he recorded the lead violin parts for “Upon the AwfulTree,” an independent film with an original score by Matt Dunne. In his free time, Matthew enjoys spending time with his wife, Nancy, his son, Charlie, and four cats.