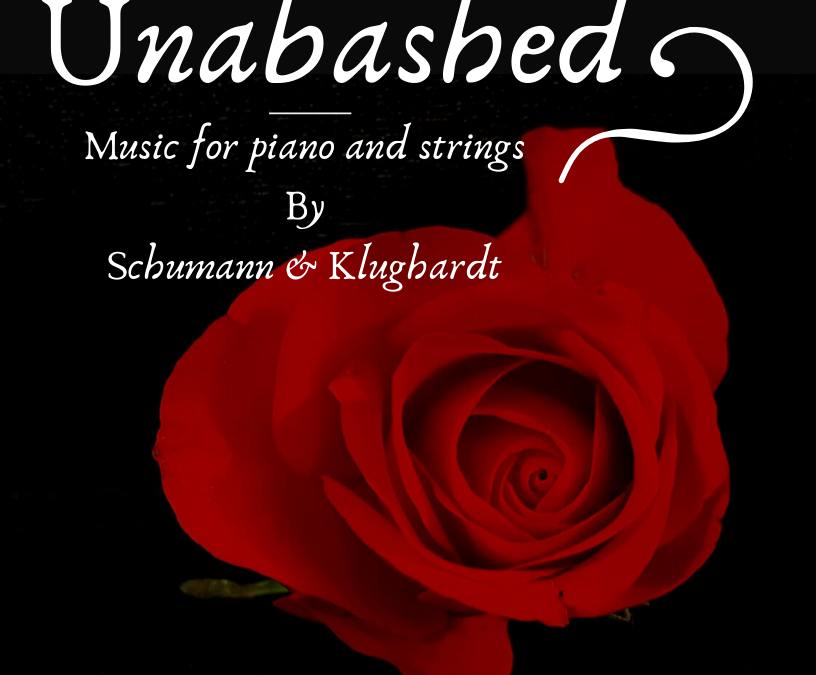 During his most productive periods, Robert Schumann (1810-1856) would concentrate on a single musical medium over an extended time. For example, we are acquainted with his “song year” (1840) and his “symphony year” (1841). During his “chamber music years” (184243), Schumann composed the three string quartets of Op. 41 plus several other works. He wrote the quartets in less than two weeks.

As was his habit before embarking on a new medium, Schumann immersed himself in the music of that medium by Haydn, Mozart, and Beethoven. Possibly, one of the Haydn quartets he studied was the D minor “Quinten” (Op. 76, no. 2), since the interval of a falling fifth is important in Schumann’s first movement, as in Haydn’s. This “sighing” or so-called “Cla-ra” motive is prominent in the introduction and in both of the principal themes and becomes a motto permeating the entire movement.

The second movement is a set of variations on a theme not explicitly stated until after the first three variations: a restless agitato, a Schumannesque galloping variation, and a fugato. After stating the theme, the composer presents a final broad-rhythm waltz variation.

In the third movement, Schumann’s harmonic genius is prominent as he fleshes out an otherwise undistinguished first theme. Here (as in most of the quartet) all instruments play most of the time. Wisely, Schumann thins the texture in much of the dotted-rhythm middle section, allowing the first violin and viola to hold a close dialogue.

Critic A.E.F. Dickinson has called the fourth movement of this quartet “a well-organized ballet-movement rather than a finale.” Whether one agrees or not, the dance impulse of the movement is indisputable. This movement in rondo form is highly sectionalized and repetitive, often giving full voice to the stamping main theme. In contrast, digressions appear: delicate, balletic rhythms; minor-key gypsy-like strains; and a “Quasi Trio” (Schumann’s marking), which undeniably is a Gavotte. The main theme is at last developed during a long coda that caps this ingratiating quartet.

The composer-conductor August Klughardt (1847-1902) studied music at his birthplace, Cöthen, Desau, and Dresden. His career consisted mainly on a series of appointments as a conductor, usually in theaters and opera houses. Probably the most significant of these was his 1869 appointment at Weimar, where he formed a close friendship with Franz Liszt. Under the influence of Liszt, Klughardt developed an appreciation of Wagner and actually met him in 1873. Klughardt attended the first Bayreuth Festival in 1876 and heard The Ring. It made an indelible impression on him, and the new Wagnerian style became an ingredient in his own music, including chamber works. He became a “progressive traditionalist,” perhaps the sort of composer that many critics wished Brahms had become.

The Piano Quintet in G Minor was premiered in Cöthen in 1884. Its success snowballed with performances in Leipzig and Dresden leading the way to international performances and celebrity. As one critic wrote, “Having heard it, we understand the immense success this masterful work has had in the concert hall and in the salon.”

Following an introduction exploring various shady moods, the opening Allegro bursts forth with a series of heroic themes and transition. By contrast, the cello leads in presenting the sweet second theme, which soon breaks into a heroic concluding thematic group. This also introduces a development section that glorifies several of the themes and fragments of them. Almost imperceptibly, the recapitulation occurs – more seasoned by the recent development. We hear themes presented more excitedly than earlier as the movement drives to a climactic finish.

The Adagio starts with an ultra-lyrical “song without words” that spotlights the instruments singly and together. A heroic-style transition brings another songlike section, which soon changes to a piano-led lyrical recap of the first theme in brief, as the movement’s coda.

The spirit of Schumann hangs attractively over the first section of the mode3rato third movement. A hymn-like central section focuses on strings alone at first, the answered by the piano and full ensemble in dialogue. A reprise of the first section shows dramatic contrasts between a big, spikey statement and a song-like coda.

Allegro non troppo, the final movement opens march-like with melody and counter-melody. A brief second section is more lyrical, returning before long to the heroic march, enhanced by counterpoint. A sudden change to triple meter sets off the central section a short lyrical break. Heroics return briefly, only to dissolve into a fugue on ideas from the opening melodies. A developmental reprise of the second section leads back to heroics, now enhanced by counterpoint, but dissolves into memories of other ideas in the movement. These become faster and excited, finishing finally in the quintet’s grand ending.