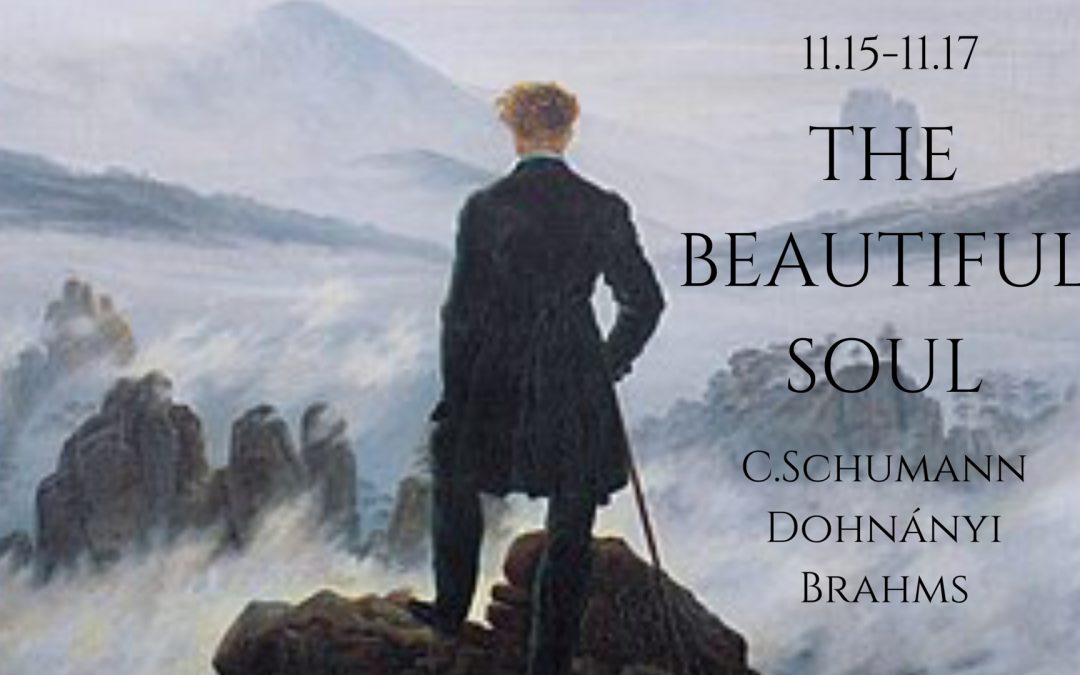 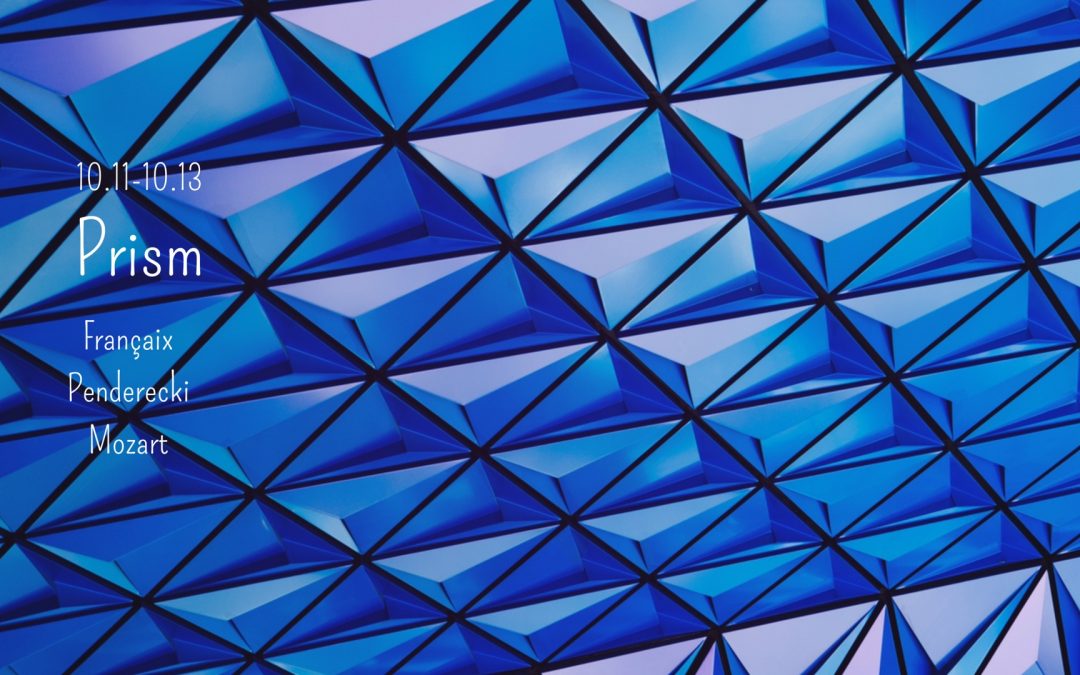 Surely Krysztof Penderecki (1933- ) is one of the most significant composers of “New Music” since 1950. In 1960, his style turned from serialism à la Boulez toward an entirely personal direction that became known as “sound mass music.” Among the composer’s first works expressing the new style was his Threnody for the Victims of Hiroshima composed in 1960 for 52 string instruments. The following year, Penderecki received the UNESCO Prize for the work. Soon his international reputation became enhanced through the success of the St. Luke Passion (1963-1965). These two works have remained among Penderecki’s best known music.

Although in the full flush of his career he focused on music for large forces (e.g., opera, oratorio, and large orchestra), Penderecki’s catalog shows a sprinkling of chamber music, which flourished briefly in the 1990s. The String Trio of 1990-91 is one of the fruits of that period. Although the work is very dissonant in places, its clarity of sound and of form owes much to the music of the Classical Giants: Haydn, Mozart, and Beethoven. Penderecki has said as much: “Logic. You must have exposition, you must have development … nobody can do anything better.”

The number three also figures significantly in this work. (Its connection to the performing trio is obvious, of course.) Analyst Kenneth Woods has explained this idea clearly:

Although the String Trio is cast in two movements of several minutes each, the first contains seven different tempos. Three of these are the cadenzas mentioned above.

The Vivace second movement is mostly a fugue in which the composer emphasizes a two-note idea: the minor third (on a piano, the notes would be three keys apart). The intellectual fugal sections alternate with “dramatic unisons and solo episodes” [Woods]. Elements of a gloomily animated wit are worked into the mix, leading to an ending both instrumentally and intellectually complex and challenging.

Jean Franҫaix (1912-1997) was something of a prodigy who fulfilled his promise with numerous later works. He had composed his first piano piece at the age of six. Later, his father, a conservatory director trained him thoroughly in piano and sent him to Paris to complete his education at the Conservatoire. There, he received a first prize in piano and studied composition privately with Nadia Boulanger. From the 1930s, he was an active composer, writing music with wit, irony, and at times even mischievousness. His style shows the distinct influences of Stravinsky, Ravel, and Poulenc, yet there is a freshness about many of his works that has become synonymous with his name.

Franҫaix composed his String Trio in 1933, and it is an excellent example of his personal brand of neo-classicism. In the first movement, the spiccato perpetual motion is more important than melodic ideas, although there is one lyrical moment. Nicolas Slonimsky has pointed out that the viola part contains a concealed reference to Bach’s name spelled backward (H [B-natural], C, A, B-flat): a humorous reference to the “back-to-Bach” crusade of the 1930s.

The Scherzo is actually a mock waltz, but it follows the Scherzo-Trio-Scherzo classical form. Offset rhythms in the cello and occasional accent shifts in the viola add to the caricature. The Trio section tries humorously to be pompous.

Somewhat Satie-like, the Andante spins out a languid violin melody over a repetitive harmonic accompaniment. There follow two mutations, one an eloquent cello echo and the other a warm viola solo.

The final Rondo is a galloping polka built on a square-phrased main theme. The middle section brings back the satirical quality of the first two movements. At last, Franҫaix pours forth a mock apotheosis, but this disappears into a brief, puckish coda.

The year was 1788, and Wolfgang Amadeus Mozart (1756-1791) was entering the saddest period of his life. His music being out of favor with the Viennese public and having only a tiny regular income, he went into debt. In June, he began to borrow money regularly from his brother in Freemasonry, the well-to-do merchant Michael Puchberg. Frequently, from that time until April 1791, Mozart would beg money from this always-generous friend, making blue-sky promises of repayment once his fortunes in music improved. Mozart’s lodge-brother probably never expected to see his money again.

Puchberg was not entirely without recompense, however. In September 1788, Mozart dedicated to him something unique in his output: his only complete work for string trio. It ran six movements, including two minuets: a divertimento. Mozart must have been proud of the E-flat Divertimento, for he performed it in Dresden in 1789 (on his way to Berlin), and again in Vienna a year later. Divertimentos were usually light-hearted, but Mozart sometimes violated that tradition. As it turns out, the first half of this work has a serious tone, while the latter half is blithe.

We may be astonished by the plethora of musical ideas in the first movement’s exposition. However, in the development, Mozart chooses to focus on a motive from the second theme group for serious contrapuntal treatment.

The gradually swelling passion of the Adagio falls outside the realm of divertimento tradition. Its development goes far afield harmonically before returning to the home key for an elaboration of each theme.

In the first Menuetto, Mozart’s theme features cross accents of 2+2+2 beats within the space of 3+3 beats. Development is again the watchword, as ideas grow in the second portion. The Trio section stresses equality among the three string parts in the form of alternating solos.

The Andante now places us squarely in the traditional divertimento domain. Here is a carefree, walking theme. The following variations become progressively more decorative or rhythmically dense until the quasi-Baroque minore variation. Bursting back into the major mode, Mozart now demands non-stop passagework from the players until the music unwinds in the coda.

Truly entertaining, the second Menuetto has some comic overtones. Both Trios are in Ländler rhythm (forerunner of the waltz) and flavored with the spirit of the Viennese public dancing parties for which Mozart wrote his German Dances.

The final Allegro balances the seriousness of the opening movement with a complete relaxation of mood. The recurrent main theme is a playful peasant dance capped by a little drumming fanfare. Even the semi-serious counterpoint in the middle section is not long lived. As a coda, the little fanfare takes over, bringing to an end what Alfred Einstein termed “the finest, most perfect trio ever heard.”