Samuel Barber (1910-1981) spent the years 1924-1932 as one of the first students at Philadelphia’s Curtis Institute. He worked in voice (a baritone), piano, and composition. Barber showed early potential as a composer, and the works of his student years — the Serenade, Dover Beach, the Violin and Cello Sonatas, and the Overture to The School for Scandal — are not at all apprentice pieces. They are the youthful flowering of a prodigious, creative talent that have become part of the standard repertoire.

The Cello Sonata was, in fact, the last music Barber wrote under the tutelage of his Curtis teacher, Rosario Scalero. He began the sonata while in Europe during the summer of 1932. Barber and Gian-Carlo Menotti (fellow student at Curtis) had hiked and boated from Innsbruck to Menotti’s family villa high above Lake Lugano. There, without a piano, Barber composed the sonata’s entire first movement and the Presto section of the second. When Barber returned to school in the fall, he completed the sonata under Scalero with technical help from Orlando Cole. Cole was the cellist who then premiered the sonata in December 1932 with Barber at the piano.

The influence of Brahms on Barber’s sonata is unmistakable in the first movement. After the relentless march of the first theme group, comes a very Brahmsian second theme. Barber’s development section, however, is his own brand of rhapsody. The compacted and re-arranged recapitulation shows Barber’s incipient sense of elegant yet expressive form.

The slow movement and scherzo are folded into one movement, a technique already perfected by Beethoven and Brahms. Barber’s song-like Adagio is a reflective introduction to the Presto middle section, a high-spirited study in perpetual motion. The returning Adagio is now elongated and more expressive, building to a dynamic climax before receding into a quiet close.

Barber marks the final movement Allegro appassionato, and with good reason. Instead of an opening theme, the composer gives us an impassioned outcry. By contrast, the following cello-piano dialogue is at turns introspective and witty. The passion returns with some fresh perspectives, leading again to secondary material stated in new ways and to a Brahmsian-heroic ending.

Coleridge-Taylor Perkinson (1932-2004), unlike his Black-British namesake, Samuel Coleridge-Taylor (1875-1912), was never fashionable among the upper classes nor highly paid for virtuoso performances. Perkinson struggled most his life in one way or another. Yet he overcame many problems, notably racial bias. He is now considered to be among the finest Black American composers of the 20th century: alongside names such as Florence Price and William Grant Still. Perkinson received a musical education carrying some distinction from New York’s High School of Music and Art, New York University, and the Manhattan School of Music (Bachelor’s and Master’s Degrees).

His professional life was always diverse, and sometimes surprisingly so. As a jazz pianist, he toured with drummer Max Roach. He composed the ballet For Bird [Charlie Parker], With Love for Alvin Ailey, then became Ailey’s Music Director. His film score credits included music for From Montgomery to Memphis (Martin Luther King Documentary) and four films for Sidney Poitier. In the field of education, he taught at Brooklyn College and Chicago’s Columbia
College, where he was Director of the Center for Black Music Research and headed The New Black Music Repertory Ensemble. In the field of traditional Classical Music, in 1965, Perkinson co-founded New York’s Symphony of the New World.

About his personal concert-music style, Dr. Johann Buis (Wheaton College, Illinois) writes, “Perkinson was more forward-looking than better-known African-American counterparts like Florence Price and William Grant Still. His music falls into a kind of ‘in-between category,’ with a constant tension between the pull of atonality and a sophisticated, never faddish use of jazz idioms.” Lamentations (Black/Folk Song Suite) for cello solo is a near-perfect embodiment of Buis’s description of Perkinson’s very personal style.

The composer does not elaborate on the “Black/Folk Song” reference in the suite’s title. A repeated jazzy pattern (an ostinato) informs Fuging Tune. Flashes of melody seep through, but the ostinato becomes the substance, and it dominates the movement’s ending.

By contrast, Song Form is a long string of hazily tonal melodic phrases. Strongly lyrical in their way, these melodies become a sort of psychological portrait of the composer’s often-difficult life.

Calvary Ostinato, entirely pizzicato (plucked), uses a short repeated pattern (the ostinato) to form the backbone of touching (sometimes tortured) melodic phrases. Occasional strummed chord patterns lend a charming variety to the other textures. The movement ends as it began, with a soft utterance of the ostinato.

The Perpetual Motion in the final movement (bearing that title) is a series of single repeated notes (or pairs of notes). From that platform, a procession of short phrases develops, becoming gradually more intense. This climaxes in an exploration of the cello’s high range and Perkinson’s grand, concluding fireworks.

In the summer of 1886, Brahms’s new-found lodgings at Lake Thun, Switzerland were a delight to him. That year, he was very productive, especially in the chamber domain. Among his completed music was his Second Cello Sonata, a work written with a particular performer in mind: Robert Hausmann, the cellist with Joachim’s string quartet. (For Hausmann and Joachim, Brahms would write his Double Concerto the following year.)

It had been nearly 20 years since Johannes Brahms (1833-1897) had composed his First Cello Sonata. The new sonata, besides being a completely mature work, is also fresh in other respects. Brahms exploits a higher general range in the cello than previously, and he shows a deeper understanding of the instrument’s natural character, which, in the words of Martin Cooper, “ranges from gruff surliness to a manly ardor and an almost feminine lyrical tenderness.”

A unique tremolo texture dominates much of the first movement, beginning in the piano in a thunderously low range. The cello picks up the idea in the development section, making it shadowy and remote. Biographer Karl Geiringer refers to this movement’s character as “ardent pathos.”

For the Adagio, Brahms moves the tonality up a half-step to the remote key of F-sharp major. We might consider this a more “moonlit” key, where the composer can spread out his heartfelt nocturne. A highly emotional middle section again shifts key.

The agitated Scherzo reminds us of Brahms’s stormy youthful style, growing as it does from a quiet opening. The Trio turns to the major mode in the proud demeanor of classical elegance.

As in his expansive Second Piano Concerto, Brahms places a brief, light, and charming fourth movement rondo finale in his Second Cello Sonata. The cheerful mood is broken only by a reference to the slow movement before Brahms finishes in high spirits. 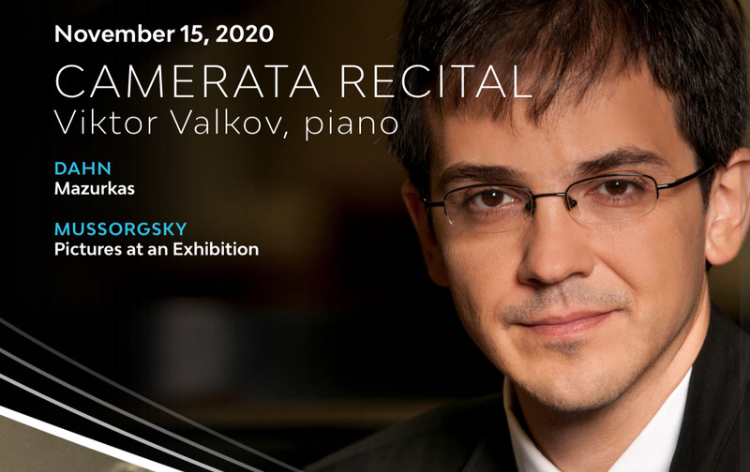 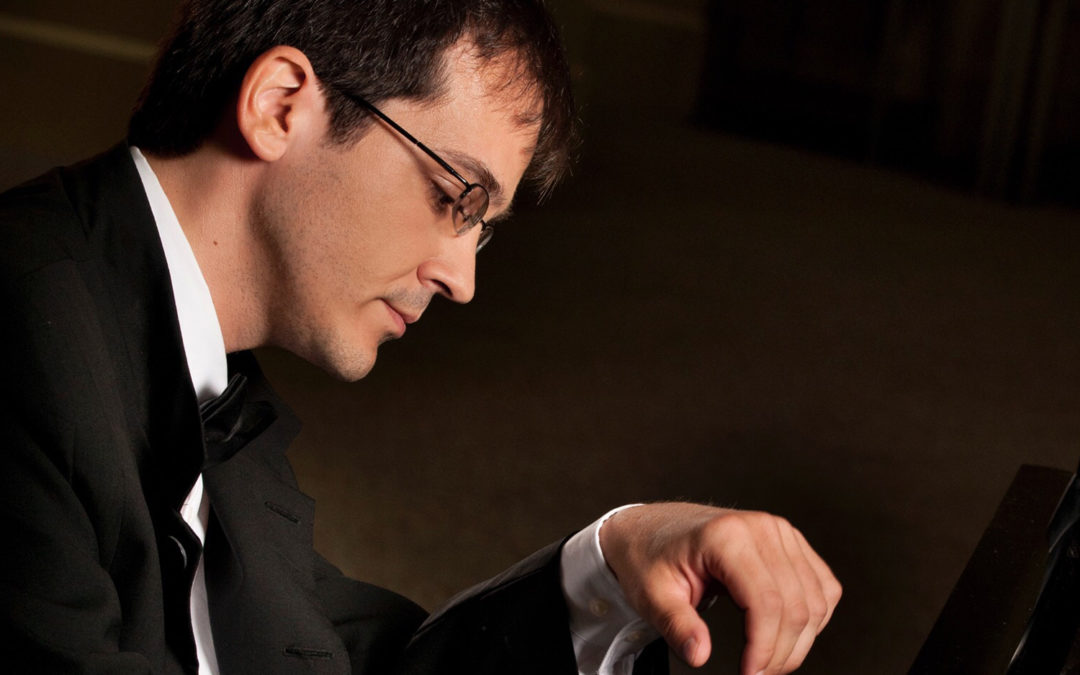