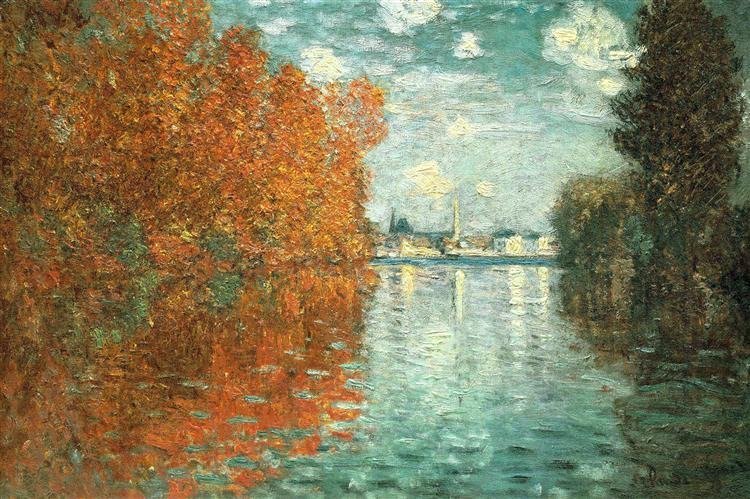 “On the whole  this was a polished, well-balanced, and committed performance. And it was lively, the ensemble’s flexible tempos and dynamics keeping the line in constant motion.” Read more at incidentlight.com

We’ve been privileged to hear many of the most acclaimed globe-trotting string quartets over the years, thanks to the San Antonio Chamber Music Society – and even more privileged to have Camerata San Antonio’s core string quartet in our midst, playing for us several times a year. These folks can go toe-to-toe with the best – violinists Anastasia Parker and Matthew Zerweck, violist Emily Freudigman and cellist Ken Freudigman.

Camerata’s program on Nov. 5 held the sole string quartets of two French masters, Gabriel Fauré and Claude Debussy, and by the French-influenced Spaniard Joaquin Turina. The Fauré was especially welcome: Composed just before he died in 1924, it is one of his finest achievements, an engrossing essay in slippery tonality, dense textures and complex counterpoint.

The performances were consistently vigorous, unified, smartly detailed and sonically lustrous. But most impressive was the ever-clear sense of direction, the inexorable momentum that carried the listener from start to finish, especially in Fauré and Debussy. The Turina piece, with one foot in Spanish folk idioms and one in Debussy, and a bit of Chausson for good measure, was less amenable to a clear arc, but still pleasurable.

The recording equipment visible at this concert emboldens us to hope that Camerata will release a recording of the Fauré and Debussy quartets, at least.

Only one minor complaint: Either the electronic enhancement in the University of the Incarnate Word’s concert hall was set too high or my ears were temporarily hyper-sensitive.

​By the time Gabriel Fauré (1845-1924) had reached his 77th year, he had assembled a fine catalog of chamber music that comprised two violin sonatas, two cello sonatas, two piano quartets, and two piano quintets. Possibly wishing to make the cycle more complete, the composer embarked on a string quartet and a piano trio. He composed them simultaneously and completed the trio in the spring of 1923. The quartet, finished in September 1924 about a month before Fauré’s death, was his final work. It was also his only chamber work not to include a piano.

On September 9, 1923, the composer wrote to his wife Marie in Paris from his working-vacation spot, Annecy-le-Vieux:

I have undertaken a quartet for strings, without piano. This is a genre which Beethoven in particular made famous and causes all those who are not Beethoven to be terrified of it! . . . So you can well imagine I am frightened too. I have spoken of this to on one. I shall say nothing about it as long as I am nowhere near my objective: the end! (Translation: J. Barrie Jones)

And as was Beethoven when composing his Last Quartets, Fauré was now completely deaf. Returning to Paris for the fall season, he had finished the first two movements. It was not until the following summer that he was able to resume work, but on September 12, 1924, he wrote to his wife, “I finished that finale yesterday evening. So, therefore, the quartet is completed. . . .” The premiere took place the following June, but, unfortunately, Fauré did not live to hear it.

The style of the first movement may surprise those who love Fauré’s more standard, lyrical works. In his very late style, his music was often more abstract, more dissonant, and less attached to the polarity of keys. In the central portion of this movement, the music becomes for a time steeped in counterpoint, giving us textures unusual in Fauré’s music. A reprise of earlier ideas eventually winds down, bringing the movement to a pianissimo ending.

The impressionistic description of the second movement by biographer Jean-Michel Nectoux is in the gossamer (and more traditional) style of the music itself:

The Andante is one of the finest pieces of string quartet writing. From start to finish, it bathes in a supernatural light. . . . There is nothing that is not beautiful in this movement with its subtle variations of light-play, a sort of white upon white. [At the ending,] the sublime music sinks out of sight, where it carries on, rather than seeming to come to an end.

For a time, Fauré considered adding a fourth movement to this work. As we listen to the existing final Allegro, we can understand how that might have been possible. For this music can be perceived as a scherzo in disguise. The playful pizzicato and spiccato accompaniments support long-breathed melodies. However, once we are accustomed to the pace of the background, the music may give listeners a sense of abstract meditation.

Every aspect of Fauré’s String Quartet is fresh and inventive. This puts us in mind of a famous earlier quotation by the composer himself: “Where there is invention, there is genius.”

Joaquín Turina (1882-1949) was, alongside Albéniz, Granados, and de Falla, one of the leading Spanish nationalist composers of the early 20th century. Like Falla, he spent time in Paris, where his style developed certain aspects of musical Impressionism. These he mixed effectively with native and synthesized Spanish folk melodies to produce music in a style similar to Falla’s, yet distinctive in many ways. Turina became best known for both his atmospheric solo piano music and his colorful orchestral and chamber ensemble works.
He also contributed significantly to the literature of the classical guitar. Encouraged and inspired by Andrés Segovia, who brought the instrument to prominence in the 1920s, Turina composed several works for the guitar, mostly modelled on Andalusian dances. The String Quartet “de la Guitarra” is so called because it contains a musical motto comprised of the tones of the guitar’s open strings. Composed in 1911, the quartet preceded Turina’s relationship with Segovia by more than a decade. Thus, the music demonstrates this composer’s affinity as a Spaniard for this Spanish instrument.

Following an explosive opening, the Preludio presents the guitar-string motto in the cello pizzicato, leading to a flowing sequence of melodies and short ideas. The motto appears again twice, each time leading to a chain of attractive song-like melodies.

The second movement (Allegro moderato) gives us a glimpse of Turina’s time in Paris and the Impressionistic side of his music. Momentary themes weave in and out of the quartet’s multi-voice fabric, and the harmonic language is often reminiscent of Debussy. A subtle climax occurs about two-thirds through the movement, after which the music takes on a more climactic, determined Allegro feeling.

The Zortzico, a Basque folk dance, is the model for Turina’s third movement. Much of the dances asymmetrical rhythmic character occurs in the opening section. In the central portion, the composer repeatedly presents a lyrical melody that unmistakably reflects the music of his native Seville. Rounding out the movement, the asymmetrical rhythms of the opening return, but the music takes on in a quieter character.
The Andante quasi lento is a study in mood contrasts. Its chain of brief sections presents a continuity of contrasting themes, most of which are distinctly Impressionistic. Apparent tempo changes aid this kaleidoscopic effect.

Sunny Iberia would seem to be Turina’s idea at the opening of the Finale. He goes on to develop this music as well as offer a few new themes. Wisps of flamenco melody weave in and out of the musical fabric. The guitar string motto introduces the final section, which summarizes the Quartet’s message.

The songs show Debussy to be the poet’s musician, and many of the piano works the painter’s musician. He is seldom the musician’s musician, at any rate not in the sense that he wrote works deriving inspiration from the technical resources of music alone.

​With these words, biographer Edward Lockspeiser introduced the chamber music of Claude Debussy (1862-1918). The passage suggests that, like Mussorgsky before him, Debussy was out of his element in “absolute” music, much of which he found too academic to be dynamically interesting and vital. However, he found ways around the problem in his 1892 String Quartet, which was not without “outside” influences. The Javanese gamelon music, which had impressed Debussy so deeply when he heard it at the Exposition Universelle of 1889, had found its way into his style. We may hear the gamelon spirit especially in the quartet’s second movement. The outside sections, with their insistent pizzicato in moto perpetuo give an approximation of the repetitious, percussive music of the Javanese.

Debussy usually avoided or severely recast the classically-fashioned classical forms inherited from the Viennese masters. The quartet is something of a paradox in this respect, for amid the lush harmonies, the modal scales, the flights of thematic fancy, and the splashes of impressionistic tone color lie the outlines of pure, clear classical form.

Debussy builds the quartet around a motto theme, which appears in each movement. This cyclic technique had first been introduced by Beethoven and was used frequently by Debussy’s teacher (and sometime adversary), César Franck. The first movement, a very loose sonata form, is dominated by the motto. In the second, a three-part form, the theme occupies the flanking sections, while contrasting ideas are introduced in the center. The slow movement, another ternary form, reverses the thematic pattern: A fragment of the motto appears in the middle section, while the outside sections seem to ignore it entirely.

In the finale, we hear echoes of the motto as early as the introduction and in the fugato (!) that follows it, then more fully (and in long notes) toward the middle of the movement. The quartet’s finale is constructed more as a mosaic than a classical form, and it completes what may be Debussy’s finest contribution to the chamber medium.