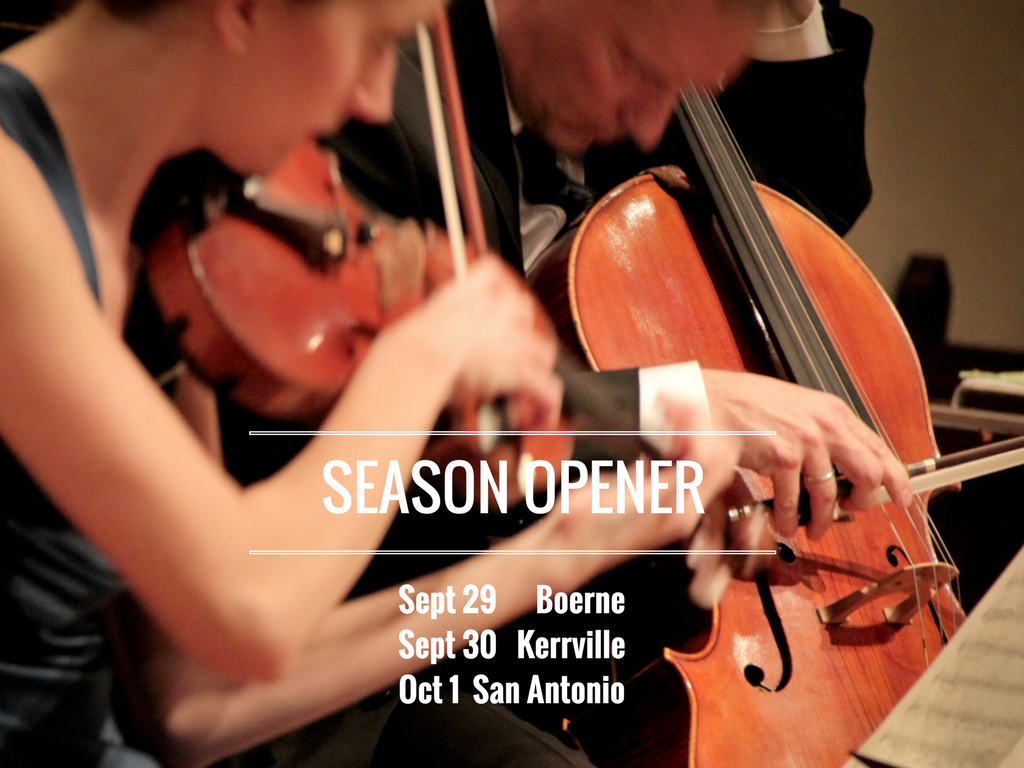 Shaw: Entr’acte (Minuet and Trio)
The youngest composer ever to be awarded the Pulitzer Prize in Music is Caroline Shaw (1982- ). At age 30, she received this honor for her a cappella vocal work Partita for 8 Voices. In addition to composing, Shaw is active as a violin soloist, chamber musician, and ensemble singer, chiefly with the group Roomful of Teeth, for whom she composed Partita. Her recent commissions include works for Carnegie Hall, the Guggenheim Museum, the St. Paul Chamber Orchestra, and mezzo-soprano Anne Sofie von Otter. She has also collaborated frequently with Kanye West. Currently a doctoral candidate at Princeton, Shaw has also studied at Rice and Yale Universities.

Shaw remarks about this work:
Entr’acte was written in 2011 after hearing the Brentano Quartet play Haydn’s Op. 77 No. 2 — with their spare and soulful shift to the D-flat major trio in the minuet. It is structured like a minuet and trio, riffing on that classical form but taking it a little further. I love the way some music (like the minuets of Op. 77) suddenly takes you to the other side of Alice’s looking glass, in a kind of absurd, subtle, technicolor transition.

The music develops a refreshing blend of traditional harmony, contrasting dissonance, and impressive string effects. The piece also contrasts rhythmic strictness (Minuet) with free riffing style and riffing against the viola’s strict broken chord repetitions in the Trio. Shaw’s instructions to players are unusually warm and conversational. For example, in the Trio the cellist reads: “Notes with fall-off gesture are basically that. Slide down from the written pitch (which does not have to be absolutely exact, except where tenutos are marked), maybe a half or whole step, with a slight coming away. Like a little sigh.”

And what about the listening experience? Entr’acte has a haunting, surreal quality. Taking his cue from Shaw’s words, Musician/writer Timothy Judd likens this to reading Lewis Carroll’s Through the Looking Glass.  He comments, “Throughout the piece we get subtle glimpses of classical and baroque music that has suddenly found itself in the wrong century.”

Frühling: Piano Quintet in F# Minor, Op. 30
During the first half of the 20th century and a bit beyond, “modern” music was developing at the hands of Stravinsky, Bartók, Schoenberg, and others. At the same time, many composers clung tightly to the style and traditions of Romanticism. In Europe, Richard Strauss, Jan Sibelius, and Sergei Rachmaninoff were probably the most notable examples. In the United States, next to progressive figures such as Aaron Copland stood arch romantics, many of whom were very popular during their lifetime and afterward, like Charles T. Griffis (1884-1920). Others were soon forgotten, such as the successful composer Charles Haubiel (1892-1978), who emulated Brahms and Dvořák much of the time.

In Europe, there were conservatives who, like Brahms, eschewed opera in favor of classical instrumental forms, choral music, and songs. Among these was the Austrian composer and pianist Carl Frühling (1868-1937). His musical education was traditional at the Gesellschaft für Musikfreunde, and he made his living chiefly as a piano accompanist. Very successful at this, he accompanied the likes of Pablo Sarasate and was heard regularly with the Rosé Quartet. Sadly, the severe economic crisis in Austria following World War I destroyed his career in the 1920s, and he lived out his life in straitened conditions. His high quality music, mostly unknown during his lifetime, has been revived in ours.

Frühling actually composed two early piano quintets, the F-sharp Minor being the first. It was completed in 1892 and published two years later. The composer was still firmly entrenched in Romantic tradition in this early period, as can be heard at the outset of the first movement. Here is a rich palette of emotion ranging from the heroic to the sweet. With its emphasis on the piano, this and much of the quintet nearly qualifies as a chamber “concerto” for piano and strings.

The lengthy cantilena with which the cello introduces the Andante cantabile is worthy of an echo in the piano and a slight elaboration before the tempo livens. Here, the piano introduces a new theme, which is developed and intensified in the strings. The music fairly explodes with tremolo chords in the strings, only gradually calming into a return the controlled mood of the opening. With a brash reprise of the cantilena, the movement finally winds down to a quiet close.

A Scherzo follows, and its playful wit seems to counterbalance the emotional concentration of the previous movement. Frühling seems to be taking the meaning of the Italian word scherzo (“joke”) literally, giving us a waltz parody. It is a theatrical-style waltz with an occasional “hoochy-koochy.” By contrast, the central section is smooth, darker, and more serious. The tricky main scherzo reprises to round out the movement.
The shadow of Brahms hangs heavily over the march-like opening theme of the Finale. Without warning, a brief fugato bursts out, providing a brief, exciting transition to the second theme. This is guided by a playful rhythm found alternately in piano and strings. Imperceptibly, Frühling slips into an extensive development of the first theme. Then, reprising the second theme, he drives to an exciting finish by bringing back the resolute first theme. In a faster tempo, this theme pounds its way to an insistent ending.

Brahms: Piano Quintet in F Minor, Op. 34
The [piano] quintet is beautiful beyond words. Anyone who did not know it in its earlier forms of string quintet and [two-] piano sonata would never believe that it was not originally thought out and designed for the present combination of instruments. You have turned a monotonous work . . . into a thing of great beauty, a masterpiece of chamber music, the like of which we have not seen since the year 1828.
(Clara Schumann to Johannes Brahms, 1864)

The year 1828, which Clara refers to, was not only the death date of Schubert but also the year in which he wrote his C Major String Quintet, a work, which stood as a spiritual guide to Brahms in his own early string quintet. However, Joachim had several criticisms of the work, and Brahms himself was not satisfied. So the composer re-cast it as a sonata for two pianos in which form it was performed in April 1863. Again, things were not quite right, and Brahms required little coaxing from Clara Schumann and conductor Hermann Levi to remodel the work once more, this time in its final form of a piano quintet. In 1865, Brahms put the finishing touches on what analyst Michael Musgrave has termed “a work of synthesis as well as of culmination.”

The opening movement of the F-Minor Quintet contains a rich variety of themes — five in all. Interestingly, the second theme group, normally in major, begins in minor but smoothly moves to the major. The development progresses from a mood of solemnity to one of passion, and the recapitulation sheds some new light on the old themes.

In the tender Andante, the melody of the first section (in the piano in thirds) seems to be constantly unfolding. The central section is more contrapuntal, more symphonic in conception, and more daring in its harmonic shifts. With the return of the opening material, the strings carry more of the thematic weight, as a quasi-symphonic cooperation continues.

Following an introductory phrase, the Scherzo presents two heroic themes, one in 2/4 and the other in 6/8 time. Working out both of these gives this movement a special quality of tension. A smooth and rich (but rather brief) Trio leads to a literal repeat of the main Scherzo, ending somewhat unexpectedly on an inconclusive harmony.

Conclusiveness comes with the slow, introductory opening of the final movement. The main body of the movement is an original form based on classical sonata principals. Initially, the somewhat gipsy-styled first theme dissolves into an atmospheric transition that leads to a stormy second theme. Then, the themes return in order, but the first theme now carries the rhythm of a gavotte. The lengthy but clever Presto coda includes material from the first theme in the rhythmic guise of the second, creating a powerful ending climax.